Understand How Case Values Are Determined

Get your case reviewed by our trusted legal advocates today.

How Much Is My Nursing Home Abuse Case Worth? A nursing home abuse case value is the estimated amount that a legal claim is worth. It tells the person filing a nursing home abuse lawsuit (the plaintiff) how much compensation they may receive from the defendants (those being sued).

Nursing home abuse case values vary, but many past cases have been worth hundreds of thousands — or even millions — of dollars.

To learn the value of your case, work with a skilled lawyer who can estimate your case value before filing a lawsuit. Your lawyer will then work to secure the compensation through a settlement negotiation.

Get a free case review now to learn how much compensation may be available to you. Our team can connect you to a skilled team of lawyers if you’re eligible to file.

A victim of nursing home abuse or neglect can receive compensation in a civil court in one of two ways. Which method they choose can have a big impact on a case’s value.

Plaintiffs may get nursing home abuse compensation through:

Most nursing home abuse cases end in settlements because settlements are faster and more predictable than going to trial. Trials add more time to a case, and there’s no way to guarantee more — or any — compensation from a trial verdict.

A nursing home patient received this settlement after a staff member raped her multiple times. The long-term care facility fired the abusive staff member once they found out about the sexual abuse, and he was later arrested.

An 89-year-old woman fell 20 times at a Massachusetts assisted living facility before dying from her final fall. She was found to have several untreated head and internal injuries. The nursing home paid $1 million to settle a lawsuit brought by her family members.

Nursing home staff members routinely drugged a resident with Ativan without her consent for her agitation. The drug caused her to develop aspiration pneumonia, and she died not long after.

A nursing home aide rolled a frail resident aside to change the sheets, but the force of the roll caused the woman to fall and hit her head on the floor. She suffered a serious injury to the brain and died a month later. The woman’s loved ones were awarded damages for pain and suffering.

We have successfully handled settlements across the U.S. Contact us today by calling (855) 264-6310.

Nursing home abuse case values are based on damages, which are the costs of the victim’s injuries and losses. They may also include extra money the defendants must pay as punishment. 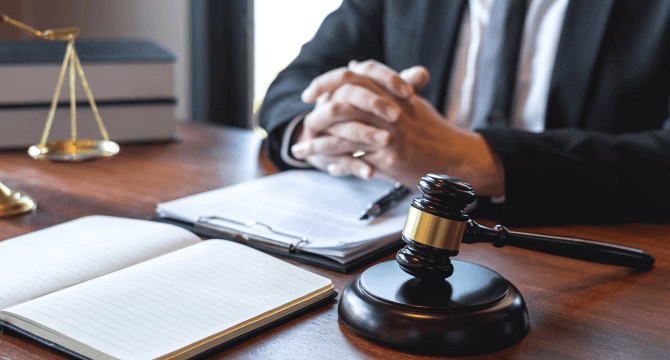 Damages alone do not determine how much someone may receive from a nursing home lawsuit, however.

Other factors that may affect case values include:

Trial juries and lawyers may consider all these factors to determine how much nursing home abuse compensation a plaintiff should receive.

The value of a nursing home abuse case may vary based on what type of case a victim pursues. Different types of lawsuits may be filed depending on the circumstances surrounding the abuse or neglect. When victims of nursing home abuse file a lawsuit, they are usually making one of two types of claims.

If a victim wins a breach of contract claim, they may be able to get back any fees they paid to the nursing home.

Unfortunately, plaintiffs may be limited in how much money they can get from these cases if their insurance policies do not cover breach of contract claims. Victims can speak to a lawyer to learn if this claim type is best for them.

Tort Claims
Tort cases look at wrongful acts outside of breach of contract that harmed a resident. For example, a nursing home resident may sue a facility after developing severe bedsores due to neglect.

Some wrongful death case values include:

An 80-year-old man died after suffering several falls, including one that broke his hip. The nursing home failed to notify his loved ones or his doctors of the injuries due to a lack of staff and resources. Instead, the owner of the facility used these resources to buy luxury homes and expensive cars.

An unsupervised elderly woman at a nursing facility was trying to find her way back to her room when she fell down a stairwell and broke her neck, dying of her injuries.

An 82-year-old man choked to death when a nurse forgot to put in his dentures before he ate.

Determining nursing home abuse case values is a complicated process, but it gives victims and their loved ones an idea of how much compensation they may receive.

There is no way to guarantee that you will receive a specific amount of money from your case. However, experienced nursing home abuse lawyers can often provide accurate estimates. In addition, an attorney can advise you on how to maximize your case value and pursue the compensation you deserve.

Learn more by getting a free case review from a trusted legal partner.

How much are nursing home negligence cases worth?

Nursing home neglect cases may be worth seven-figure sums or more in certain cases. For example, a New York jury recently awarded a woman $1.25 million after mild bedsores worsened during her stay at a nursing home.

Nursing home negligence case values do vary, though. Connect with a lawyer to learn how much compensation may be available in your case.

When will I know the value of my nursing home abuse case?

You can get a better idea of your nursing home abuse case value by talking to an experienced attorney. Lawyers that have handled past cases similar to yours may be able to give you an accurate estimate.

You’ll know the final value of your case once a settlement agreement has been reached or a jury verdict has been rendered in a trial.

How can I get the most money possible out of my case?

How do state and local jurisdictions affect case values?

Each state and county has its own court system that can make decisions that impact local nursing home abuse case values.

For example, every state has statutes of limitations that prevent people from filing lawsuits after a certain span of time has passed (typically 3 years or less). This means you may not be able to get any money at all if you wait too long to take legal action — even if your case is valid.

Jurisdictions may affect case values in other ways, such as:

A top law firm can help see how statutes of limitations and other jurisdictions may affect your case and its value.