Emotional Abuse of the Elderly

Emotional elder abuse occurs when an older person is yelled at, threatened, or belittled. While it doesn't leave physical marks, it can be devastating to someone's well-being, potentially causing depression, PTSD, and anxiety. Thankfully, there are steps you can take to prevent emotional abuse and take action if your loved one has suffered.

See if you qualify for compensation. Get a Free Case review today.

What Is Emotional Elder Abuse?

Emotional elder abuse takes place when an older person suffers harm through insults, yelling, or verbal harassment. It is also referred to as elder psychological abuse.

Emotional abuse may be one of the most common forms of elder mistreatment. Nearly 1 out of every 3 nursing home staff members admitted to psychologically abusing residents, according to a 2020 study from the World Health Organization (WHO).

Emotional abuse can have long-lasting health impacts on an older person, according to the National Center on Elder Abuse (NCEA).

Emotional abuse can lead to:

Emotional elder mistreatment can be very harmful, so many families choose to take legal action by working with elder protection groups, law enforcement, and attorneys. Our team can provide help and support if your loved one has suffered from emotional abuse in a nursing home.

The NCEA notes that psychological elder abuse can come in many forms. If an older person’s mental state or emotional well-being is harmed through words or actions, they may have suffered from psychological abuse.

Types of emotional elder abuse may include:

A study published by the Journal of the American Geriatrics Society identified several risk factors for emotional elder abuse.

Elders are at a higher risk of emotional abuse if they:

These factors were also associated with a greater risk of physical abuse, the study noted.

Race may also be a risk factor for emotional elder abuse. According to a study reported by the NCEA, black Americans may be more likely to suffer from both emotional and financial abuse when compared to white Americans.

Further, a recent study from the Journal of Family Violence found that elders who needed help with activities of daily living (such as getting dressed) were more likely to be emotionally abused by their family members.

Researchers have also identified several factors that make caretakers more likely to commit emotional abuse. All these factors relate to the stress of caregiving.

Caregivers may commit emotional elder abuse if they:

These factors come from a study of over 800 cases of elder emotional abuse published by the Journals of Gerontology.

Who Can Commit Emotional Elder Abuse?

Almost anyone is capable of committing emotional elder abuse, from loved ones to strangers who are supposed to provide care. Below, learn more about why different groups of people commit emotional abuse.

Family Members
It’s hard to believe that some family members harm their elderly loved ones. Sadly, all too often, adult children or spouses psychologically abuse elderly loved ones they’re supposed to care for.

For example, an older man was subjected to emotional abuse by his own wife for several years. His wife threatened him with a knife and burned his clothes. The abuse was only discovered after he was hospitalized for a fall, prompting social workers to conduct welfare checks on the couple.

Nursing Home Staff Members
Staff members at nursing homes or other assisted living facilities are supposed to provide high-quality care to older people. However, factors such as understaffing, overworking, and bad attitudes can turn these caregivers into abusers.

For example, a live-in caregiver prevented an elderly couple from seeing their other family members for years on end. Upon the older woman’s death, the caregiver didn’t notify her relatives and cremated her against her wishes. The older man also became aggressive and hostile to his adult daughter due to the caregiver’s influence.

Warning Signs of Emotional Abuse in the Elderly

Emotional abuse can sometimes be hard to identify, as it doesn’t leave physical injuries. That said, there are several signs that may indicate your loved one has suffered from emotional elder abuse. 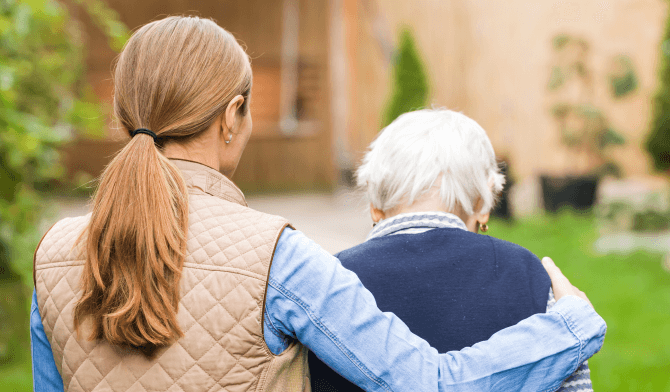 Signs of emotional abuse in elderly include:

You may also want to monitor the caregiver’s behaviors to see if they may be emotionally abusing an elder. For example, the caregiver may disrespect an older person or prevent them from seeing loved ones.

If you’ve noticed any of these warning signs, learn what steps you can take to protect your loved ones. Call (855) 264-6310 today.

Emotional mistreatment should be reported to get elder abuse victims out of danger.

You can report emotional elder abuse cases to:

These agencies can take different types of action, depending on the situation.

For example, APS agents or a nursing home ombudsman can help determine if elder abuse and/or neglect is taking place if you aren’t sure. They can then recommend next steps depending on what they find.

Working with the police may be a more suitable option in severe cases, such as when an elder has suffered from both emotional and physical abuse. Filing a police report can help bring the abusers to justice.

Sadly, a report from the U.S. Department of Justice (DOJ) found that for every case of emotional elder abuse that is reported, 12 are not reported. This fact underscores the importance of reporting possible cases of abuse — even if you’re not totally sure that it’s taking place. If elder emotional abuse has taken place, it’s critical to make sure the elder is out of harm’s way.

You may need to:

In very severe cases, the elderly person may require calming medications to help them sleep better and be able to cope with the emotional distress they have experienced.

You might also want to get in touch with a nursing home abuse lawyer to discuss your legal options. By working with a lawyer, you may be able to access compensation to cover medical treatments and other expenses.

Get Help For Emotional Elder Abuse

Emotional elder abuse remains a big problem for older adults living at home or in long-term care facilities. If you believe an older person you love has suffered, it’s crucial to take action. Thankfully, our team may be able to help you do so.

By taking action, you can:

Don’t wait. Get a free case review to see if we can help you.

What are some of the emotional impacts of elder abuse?

Older people who are psychologically abused may suffer mental health problems like anxiety and depression. Some may never fully recover after suffering from emotional elder abuse.

What could be considered emotional elder abuse by a family member?

If family members scream at their older loved ones, threaten them, or prevent them from seeing others, they may be committing emotional abuse.

For example, an elderly woman was locked in her room for up to 12 hours at a time by her daughter and granddaughter, who were supposed to be caring for her. Under her family members’ watch, she suffered from various injuries, including bedsores and a maggot infestation.

Why does emotional elder abuse happen?

People may commit emotional elder abuse for a variety of reasons. They may get overwhelmed from caring for an older person, or they may resent having to care for them in the first place. The underlying causes can vary with each case.

Can you sue for emotional elder abuse?

Yes. You may be able to pursue legal action if someone you loved was emotionally abused. You can also file a claim if your loved one suffered from another type of abuse, such as physical or sexual abuse.

Contact our team to see if you’re eligible to take legal action.