Every year, nursing home abuse brings physical, emotional, or financial harm to older Americans. The perpetrators are usually negligent staff members or other residents. To protect loved ones in nursing homes, family members should check in regularly and report warning signs of abuse. Residents and their families may also qualify for compensation if abuse occurs.

Find out what steps you can take if you or a loved one experienced nursing home abuse.

What Is Nursing Home Abuse? 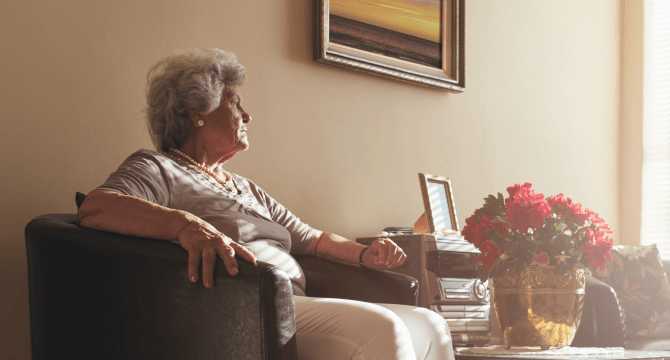 Nursing home abuse is any type of harm — including physical or emotional injuries, sexual assault, or financial exploitation — that comes to elderly residents in long-term care facilities.

Families put their trust in nursing homes to watch over their loved ones — yet nursing homes don’t always provide the safe environments that are expected. Reports of elders suffering various forms of nursing home abuse have made national headlines in recent years.

Many of these issues stem from the nursing home staff — the very people hired to provide care — or other residents. Other issues are the result of big senior care corporations, which may sacrifice proper staff training and other quality measures to make a profit at the residents’ expense.

If you believe your loved one is suffering from nursing home abuse or neglect, you have options. You can report any signs of abuse to authorities and take legal action to help keep your loved one safe.

Statistics on Abuse in Nursing Homes

A wide range of factors can be considered causes of nursing home abuse. Many of them stem from problems with nursing home employees or the corporations running the facilities.

No matter the cause of nursing home abuse, there is never an excuse for it. All nursing home residents deserve a safe living environment — but sadly, too many older adults actually suffer harm.

Nursing home abuse can generally be broken down into a few different types, which may overlap in some cases. For example, a loved one could suffer from both emotional and physical harm at the hands of a staff member or another resident.

Physical abuse may include injuries like bruising, cuts, and broken bones. Sometimes, staff members lie about physical abuse or not report it at all.

Example - In 2018, a Colorado woman with Alzheimer's suffered broken bones and cuts to her head, arm, elbow, and nose. Staff members told her family that she scratched her face with a coat hanger. Police later found that her caregiver, a convicted felon, had inflicted the injuries.

While emotional abuse may not physically harm the resident, it can increase their stress levels and make them miserable, scared, and anxious. Emotional nursing home abuse includes yelling at the resident, isolating them from family and friends, or manipulating their decisions.

Example - In August 2019, two nursing home staff members in Chicago were arrested after emotionally tormenting a 91-year-old dementia patient. The nursing home later faced a lawsuit as a result of this psychological abuse.

Nursing home residents may have worked tirelessly to save money throughout their life, only to have it unknowingly stolen from their bank accounts by dishonest nursing home employees. These incidents are considered financial abuse.

Example - In 2019, a 25-year-old woman was arrested after stealing nearly $20,000 from several nursing home residents. Police found checks written out to her from the residents. One resident’s debit card was stolen and used as well.

Residents may be sexually abused by staff members or other residents, leaving them and their family members traumatized.

Example - Multiple residents claimed an Illinois nursing home chaplain sexually abused them, according to police reports. The chaplain was arrested in September 2019 and sentenced to 14 years in jail, with another 12 years added for additional crimes.

Nursing home neglect is when a lack of care harms a resident. While it is not always intentional, it is still unacceptable.

Example - A paralyzed woman with dementia was left sitting in her own urine at a North Carolina nursing home facility every day for a week. The woman’s daughter filed a complaint with the state, marking a total of 21 complaints against the nursing home since 2011.

If your loved one is being abused, you may not notice it at first. Nursing home abuse takes on many forms, with some signs less obvious than others.

Since the warning signs of nursing home abuse can vary greatly, it is important to have a keen eye when visiting your loved one. Some residents may not speak out about their abuse if they are too scared to do so or if they’re unable to communicate due to a health problem like dementia. Those who have suffered from abuse may want to consult a nursing home abuse lawyer to discuss their legal options.

Though police action may put abusers behind bars, victims may still be left with high medical bills or strained finances. Nursing home abuse attorneys can be very helpful in these situations.

Nursing home abuse attorneys have seen the horrors of abuse first-hand through previous clients and want to help victims recover from the harm done.

A nursing home abuse attorney can: Across the nation, nursing home abuse laws have been established by state, local, and federal governments to prevent residents from getting hurt and to bring abusers to justice.

Federal and state laws continue to evolve today — and with the help of law enforcement and attorneys, victims of nursing home abuse can seek justice.

Nursing home abuse is a heinous and inexcusable act. It should be addressed and reported immediately to prevent more harm from being done.

To report nursing home abuse, talk to local authorities such as the police or a long-term care ombudsman. If your loved one still lives in the nursing home where they were abused, you may want to consider moving them somewhere else to protect their safety.

If you believe your loved one has been abused in a nursing home, our team can help you determine your next steps. To learn more, get a free case review today.

What factors put people at risk of abuse in nursing homes?

While any resident can suffer from nursing home abuse, some are at a higher risk than others. For example, female residents and those suffering from dementia or Alzheimer’s disease are more likely to be abused.

Additionally, residents who do not have loved ones regularly checking in on them may also be at a greater risk of abuse — family and friends are often the first line of defense in recognizing the signs of abuse early on.

How common is nursing home abuse?

How many cases of nursing home abuse are reported?

Major studies have indicated that many nursing home abuse cases are properly reported. However, gaps in reporting remain, and thousands of residents could be affected.

A 2016 study found that 1 out of 5 ER (emergency room) Medicare claims filed by assisted living residents possibly stemmed from nursing home abuse or neglect. However, around 6,000 of the total cases studied were not properly reported to law enforcement.

Do for-profit nursing homes have higher rates of abuse?

A 2018 study found that seniors in for-profit nursing homes had nearly double the risk of health issues related to poor care than those in not-for-profit homes. They also showed more signs of neglect, and the facilities themselves were of poorer quality.

Additionally, a 2018 report from the New York Times found that some nursing home companies outsource aspects of their care to other companies they own. This allows corporate leaders to use nursing home funds to essentially pay themselves.

Nearly 75% of nursing homes in the United States outsource some aspects of their care to a related company, according to the Times.

View 20 Sources
Back to Top